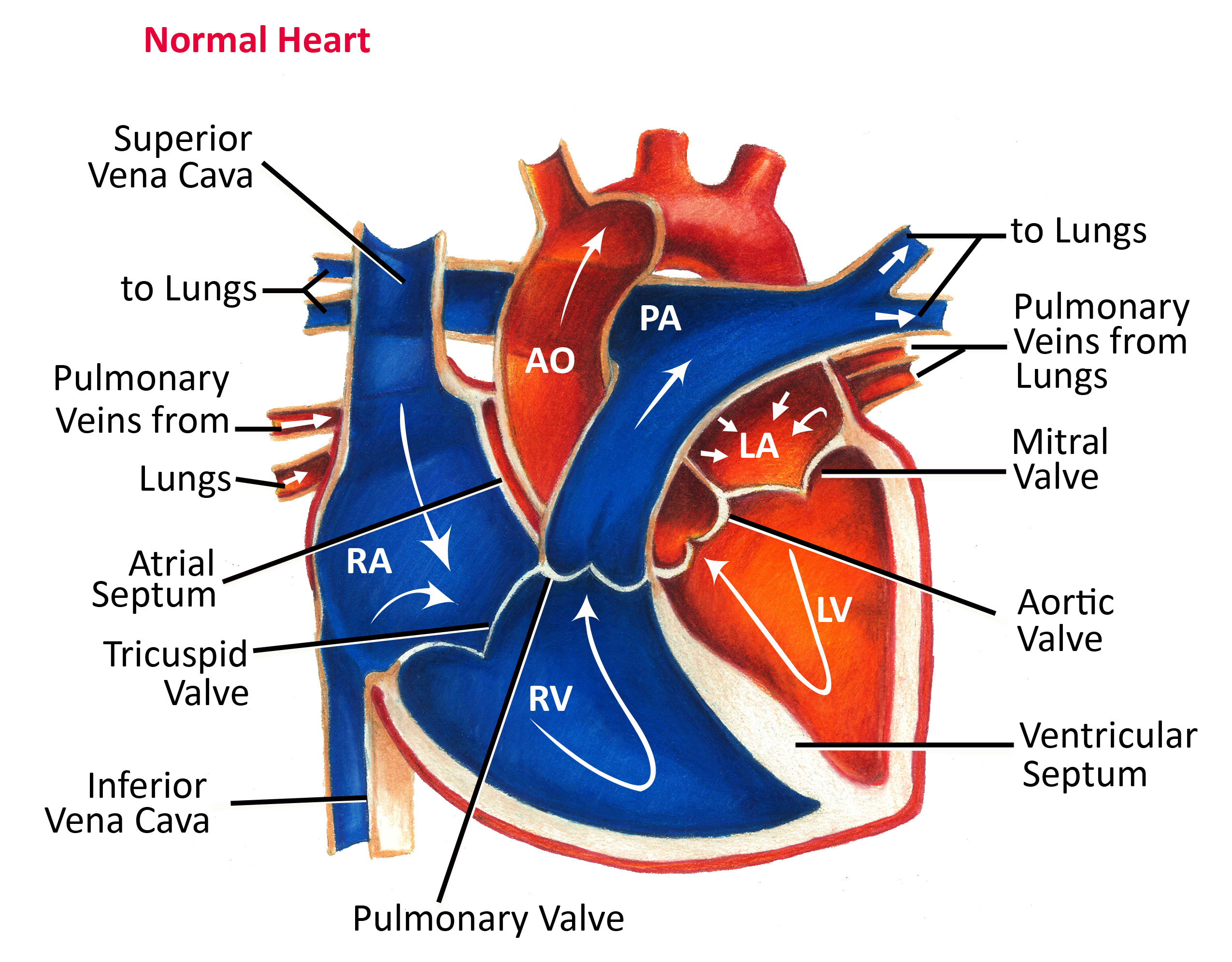 The heart has four separate chambers. The upper two chambers are called the right and left atria (RA and LA). The atria are the receiving chambers for blood returning from the body and the lungs. The wall dividing the two atria is called the atrial septum. The lower two chambers are the right and left ventricles (RV and LV). The ventricles are muscular chambers responsible for pumping blood to the body and lungs. The wall dividing the two ventricles is called the ventricular septum. There are four separate valves in the heart: the tricuspid valve, pulmonary valve, mitral valve, and aortic valve. The valves open to allow blood to flow forward and close to prevent any backflow. Finally, there are a number of veins and arteries attaching to the heart. The superior and inferior vena connect to the right atrium, while the pulmonary veins connect to the left atrium. The pulmonary artery connects the right ventricle to the lungs, while the aorta connects the left ventricle to the body.