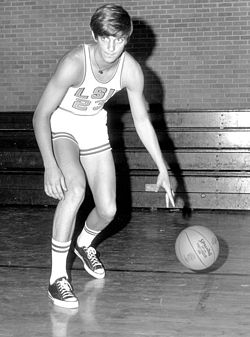 Sudden cardiac death refers to a situation where the heart suddenly stops pumping effectively. It most commonly happens in older people who have pre-existing known heart problems. Unfortunately, rarely it may affect an outwardly healthy appearing young person. In many instances this happens in the setting of sports.

Can an irregular heartbeat actually be normal?

Diabetes is a disorder manifested by high blood sugar levels. It is extremely common in the United States. The prevalence of diabetes is on the rise both in older adults as well as in young people. Unfortunately, poorly controlled diabetes at the time of conception or during early pregnancy is a risk factor for the development of congenital malformations, in particular, congenital heart defects. It is estimated that women with pre-gestational diabetes (diabetes existing prior to pregnancy) have a fivefold increased risk of having a baby with a congenital heart defect compared to the non-diabetic population.

What is SBE prophylaxis?

Some parents have been told that their child may require antibiotics or “SBE prophylaxis” prior to visiting the dentist or having any surgical procedures done. So what is SBE prophylaxis and why do some children with heart disease need this precaution?